For its presence at the Vivatech 2017 show in Paris, La Poste asked DigitasLBi Labs to present its innovative and humane offer of services through a booth experience against the flow.

With the skills of Publicis Event, we have developed one of the most emblematic stands of Vivatech 2017, a unique and memorable place, as a metaphor for innovation at La Poste: a tree that draws its energy from startups that surround it and produce fruits of unparalleled quality; namely La Poste services.

Innovation is becoming more efficient and relies on ever more advanced and efficient technologies, but to be more humane should not it be more simpler ?

La Poste have an unique digital transformation program, based on its so specific DNA : an historic and human network all over the country, offering a communication and logistics services with a never seen before quality. La Poste is a humane service that make everyone life easier, so we had to offer an experience just like this DNA : Innovative services, with simplicity added. 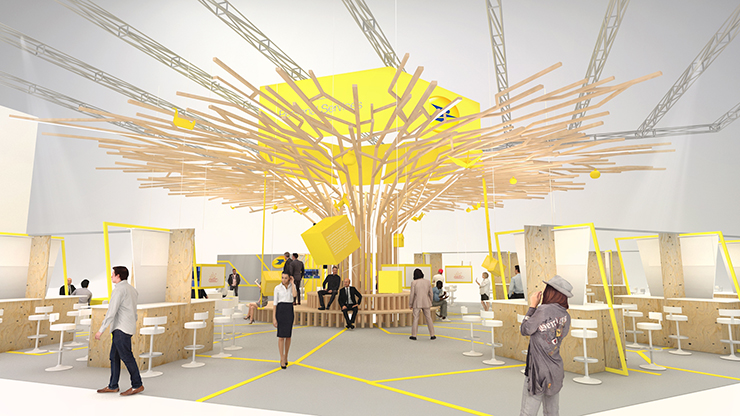 We wanted to immerse the visitor in a world at the opposite of the other booths of the trade show to demonstrate La Poste’s ability to be at the edge of the innovation while keeping in mind the simplicity and the human minded approach.

There’s nothing better than a natural component that could act as anchor point for the whole booth. A natural element that depicts the innovation process of La Poste through an obvious symbol : a tree, like the heart and the soul of this human sized oasis of innovation. 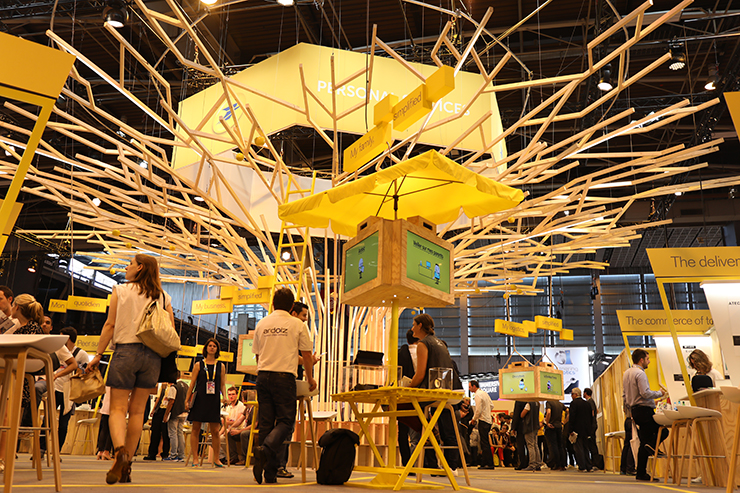 The booth of La Poste, like an oasis of simplicity where the rythm becomes human, a unique place at Vivatech : a gigantic and central tree which naturally appease and protect the visitors from other exhausting booths. A place where innovation are though human sized thanks to the triptych structure of the booth : 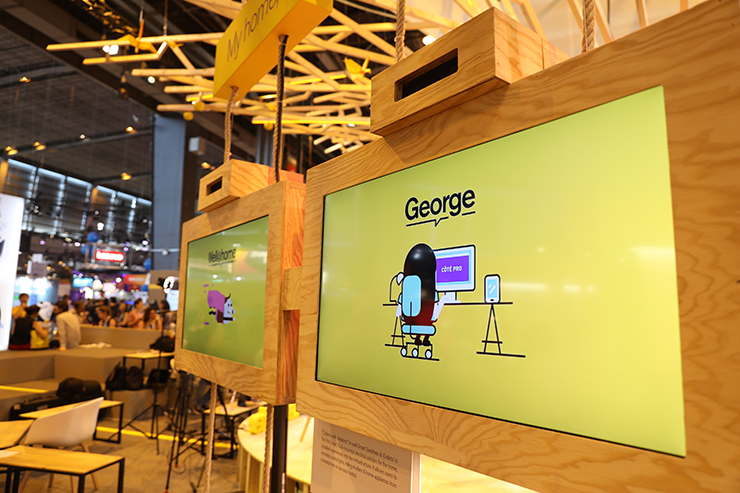 Each La Poste service was highlighted as a 360° animation displayed on the tree fruits. those animations were presented by true postman as the perfect solution to prove the ease of usage of La Poste services, far away from technical demos and technological exploits…