With a startup spirit and a desire to disrupt the traditional convention, TO by Lipton worked with DigitasLBi Labs to propose an extraordinary launch experience to the new T.O tea machine: a digital bar in the Marais BHV in Paris, mixing augmented tasting and digital art performance. T.O brief For the launch of its new tea machine, T.O by Lipton asked us to imagine a unique and immersive tasting experience representing the values of the brand:

The concept was to enhance the delight of savoring a tea by an immersive visual stimulation. So, we create the first digital bar to augment the tasting experience thanks to interactive visual animations. The users created in real the piece of art by moving their cup on the bar. 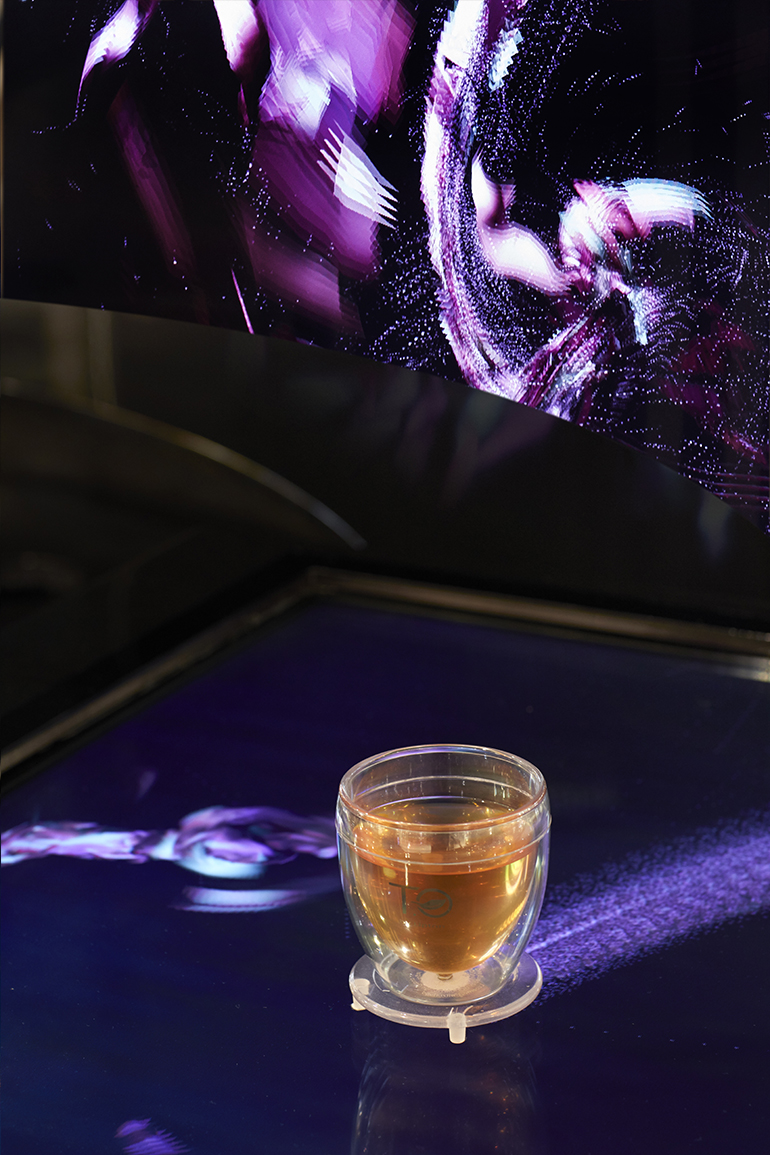 This concept is based on a synergy of 3 creatives and technologicals pillars:

The choice of the artist was key in the success of the project, both in terms of interactive experience and visual experience. We wanted to design an installation that had never been done, so we needed an artist who both have his own style and capable of pushing the limits of generative art. The field of generative art is wide, we relied on our good knowledge of the community to select an artist that meets our expectations: an artist with a strong ability to abstraction, and a colourful, organic, soft and vibrant visual world. 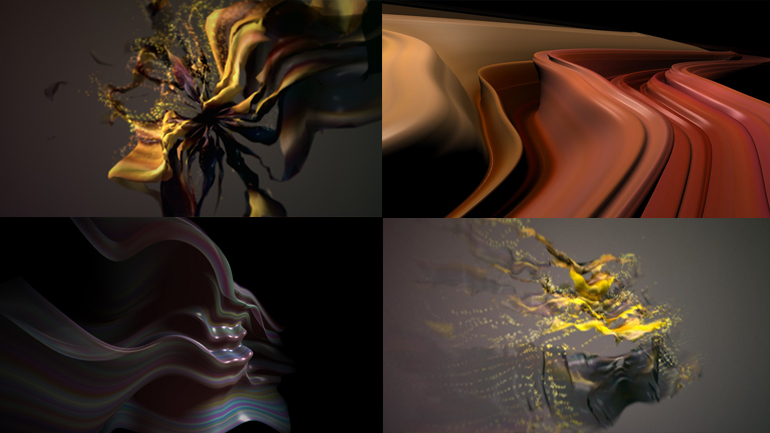 Our partnership as equals with James Alliban was obvious. Both expert in interaction design and generative art, James had the profile and the perfect experience to design and produce with us this augmented tasting experience ever seen before. High resolution & GPU computing For an immersive rendering, we wanted to display two systems each composed of an HD screen and a UHD screen, reaching a resolution of 2160 x 4920 at 60 frames per second for an unprecedented fluidity. For that James worked his generative design in openFrameworks, a C ++ frameworks dedicated to artists, all in GPGPU (General-purpose computing on graphics processing units) computing to use the power of the graphics card instead of using the base CPU. 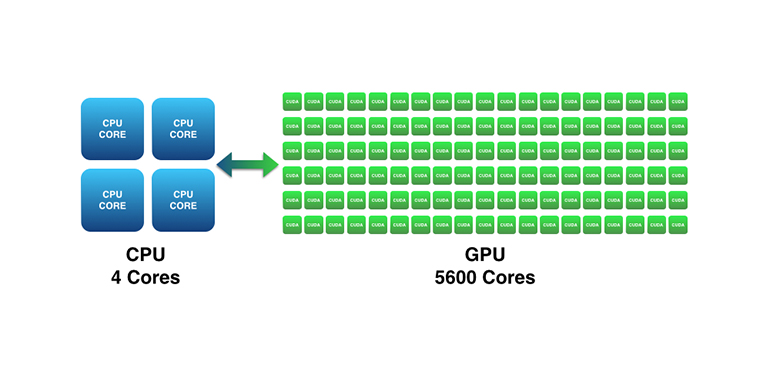 Thanks to this system of calculation and the use of NVIDIA GeForce GTX 980 with 5600 Cura cores, James was able to produce animations based on millions of particles with light effect, projected shadow and multiple post processing effect, instead of only 100 000 particles using a traditional algorithm based on the CPU.

To drive the 4 displays (2 HD and 2 UHD) all with significant computing power, we designed a network architecture of chained computer via the OSC protocol in order to share informations of the interactions between the computers. 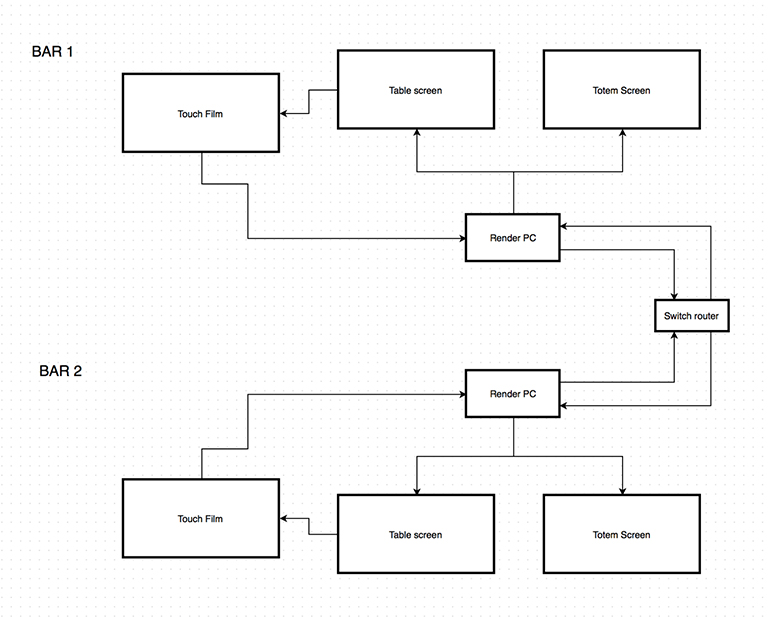 To produce generative design to represents each of the teas and augments their tasting, we worked with james Alliban with a rather different process of a classic agency, without any plan, just a vision and a feeling. James worked with a very personal vision and has developed his own creations tools, he then tested, tweaked, engineered this tools to achieve the final design. 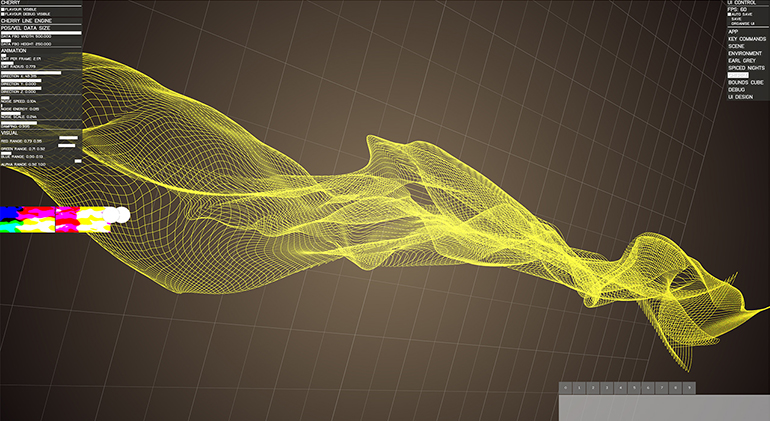 For this project he made a series of 3 highly customisable animation engines - particle, ribbon and cloth. Each flavour is made from a combination of 2 or more of these engines, resulting in a variety of different visual styles. The flavours exist in a physics environment he made using a flow field that is powered by curl noise. This is what produces the organic motion and spontaneous vortices. 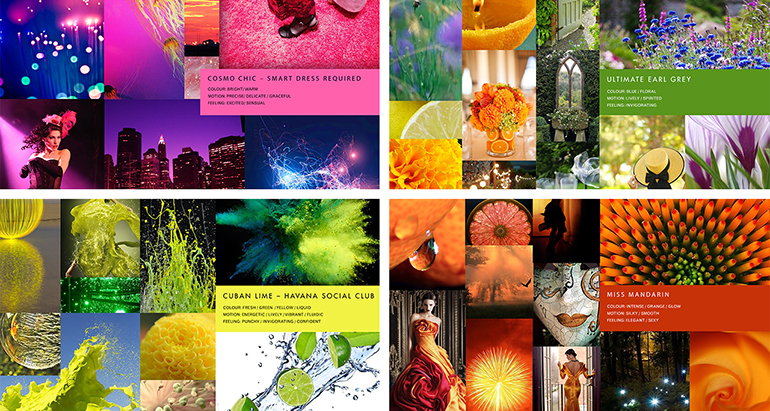 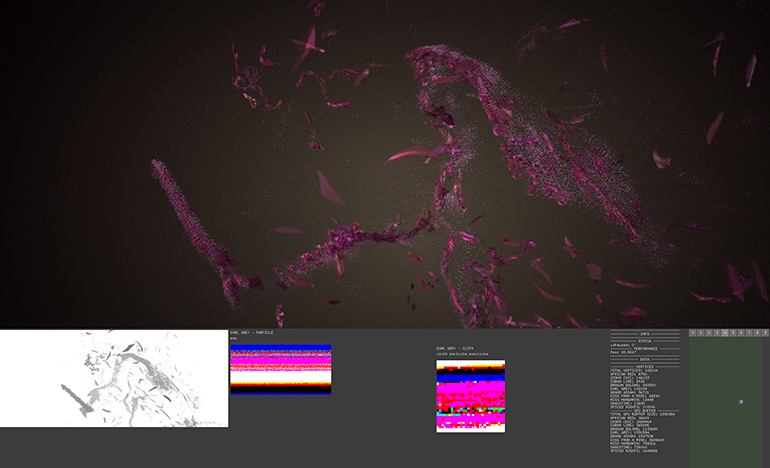 The conception of design of each tea was then created following a tasting, a mood board creation and finally a tweaking of the engines allowing the freedom to explore and fully integrate the accident and a bit of serendipity in this artwork.